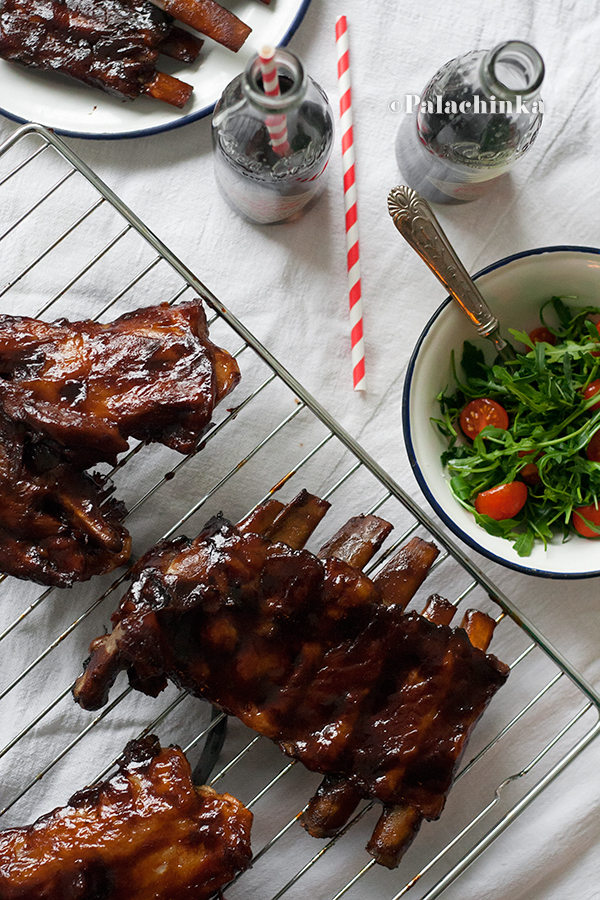 My friends Sanja i Miloš make the best ribs in the world! With liquid smoke. Our wine/cocktail sessions always begun at their dinner table. Eating using our fingers, nibbling and getting all sticky

And if we’re lucky, Miloš makes more than we can eat, so there is some to take home

We don’t meet as often as we used to as we moved away, we only drink now, but the rib sessions continued with Ana who lives in my neighborhood

We made ribs in sooo many different ways…

And then, I got an almost bizarre idea to prepare the ribs in Coca-Cola. And it turned out great! They’re sweet and sticky and that’s good for me. The taste they get from the star anise combined with soy sauce and caramel that’s left after reducing Coca-Cola almost reminds of a Chinese dried meat, only it’s juicy and tender. And that’s how I like it.

Cover with more aluminum foil and put in the oven for about 2h.

In the meantime prepare the sauce. Mix brown sugar, honey, ketchup, mustard, Worcestershire sauce, soy sauce and 500 ml Coca-Cola. Cook stirring often until it thickens to the syrupy consistency. You’re gonna need to brush the meat with this so count on that when you check the thickness.

Remove the pan with the ribs after 2h in the oven and transfer the ribs on a baking rack. Discard the liquids from baking.

Brush top surface of the ribs with the reduced sauce using a brush and put it with the baking rack in the oven. Place a pan under the rack so it can collect the drippings. After 10-15 minutes, turn the ribs on the other side and brush again. Put it in the oven for 15 more minutes and repeat everything one more time.

You might want to scale the amount of sauce a bit as I had about 1/3 leftover. If not, you can store it in the fridge for a couple of more days and use it as BBQ sauce. 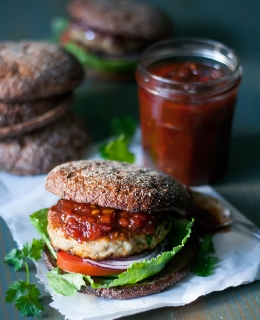