Urnebes can be found in every Serbian fast food stand. Most common thing you would eat there is a burger, but we do burgers here a bit differently. Take a look on 1st and 4th photo on this article and you’ll see. Burger is called pljeskavica and a bun is not a typical bun, but a small round loaf of bread called lepinja. When you order your pljeskavica you are asked for the spreads and seasonings of your choice (and most of the time there are a lot of choices). Urnebes is one of the smelly ones that we all crave all the time but avoid because of lots of garlic. For me that changed when I became a teenager and started going out. It would usually be summer time and very late at night, my friends and I are coming from the club hungry as wolves. Nobody cared at that point about the garlic and a memory of us devouring burgers with this spread is just warm and summery.

And the name would mean the chaotic spread. I’ve asked around a few of my good English-speaking friends just to be sure and we all agreed that although the word is not possible to translate perfectly, this translation works OK

I don’t know why it’s called like that. Asked some of my friends and older members of family, but nobody knows. My guess is because of the spiciness, but It’s only a guess.

Never mind that. If you’re into spicy food, you’ll love it! No recipe for lepinja and pljeskavica this time, only urnebes and some pork skewers

END_OF_DOCUMENT_TOKEN_TO_BE_REPLACED

My favorite family gatherings are when we make ajvar and tomato sauce. We stay at our country house and we peel the peppers or strain the tomatoes. Sometimes we cook jam. We dry the jars in the Sun. When I was a kid we used to run around the yard, climb the trees, laugh… Every year we do this…

END_OF_DOCUMENT_TOKEN_TO_BE_REPLACED 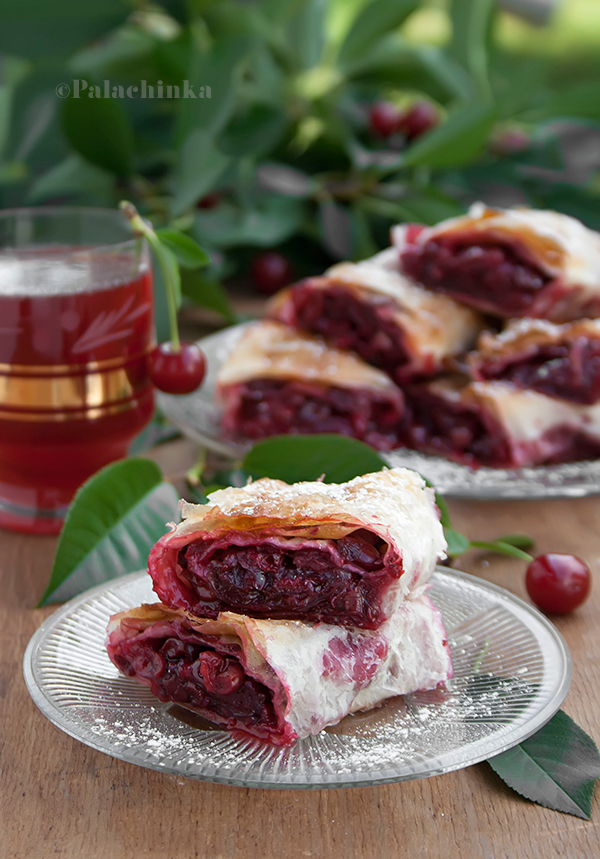 There is something about a cherry pie. And where I come from, it’s a phyllo pie, and sour cherries are used. When picking time comes, and when they lay cozy in their crates, it’s time to pit them and prepare for the freezer. But each time, my family steals an amount to make a fresh sour cherry phyllo pie. To eat while rest from pitting cherries, with our fingers and clothes stained with the juices. END_OF_DOCUMENT_TOKEN_TO_BE_REPLACED

I ate this for the first time last summer, when I visited Gaga and her village Sumrakovac. As I later found out, a lot of people batter chicken this way. First, you cook it to make soup, then you batter it into flour and eggs, season and fry. Chicken is tender and juicy, and batter finger-licking good!