This August I visited my friend Gaga. She is a fellow blogger, a great friend and I love her so much!

Last year we made Čomlek together and this time she took me to her parent’s house in village Sumrakovac. Together with her mother Bine, we made one of the best dinners of my life! 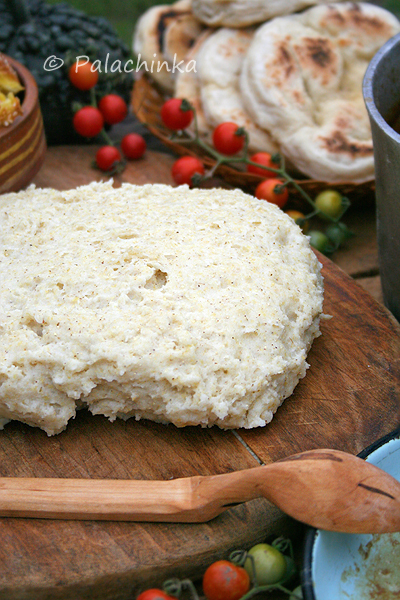 Kačamak was one of the main poor people food in the old days. Today, it is made by cooking polenta and later adding yogurt or milk. Gaga’s mom Bine showed me how it was made in the past, using tools that were used in their family for many generations. This version is made with white corn flour and substitutes bread. 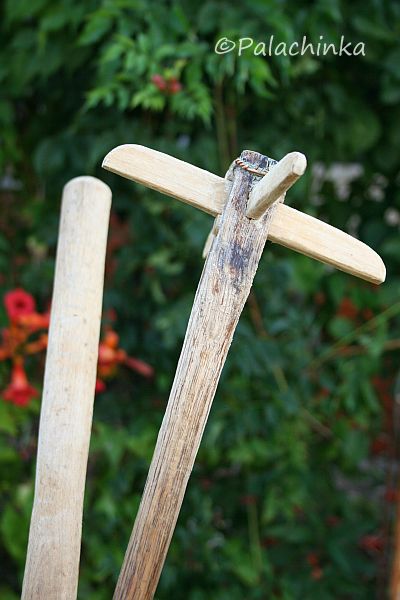 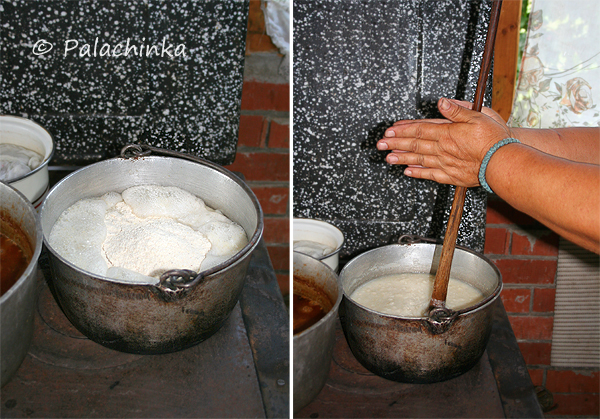 Like all the old Serbian recipes this is also prepared on a wooden stove. Start with boiling water. Then add white corn flour and start stirring using čurkalo. 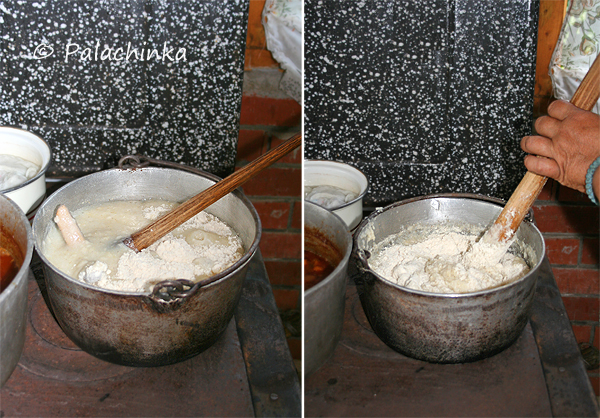 If needed, add more flour to thicken it. When it is half way done and thicker you will need to use kačamalo for stirring.

And this is how the cooked kačamak looks like. When it’s done it is transfered onto a wooden board called lopar. 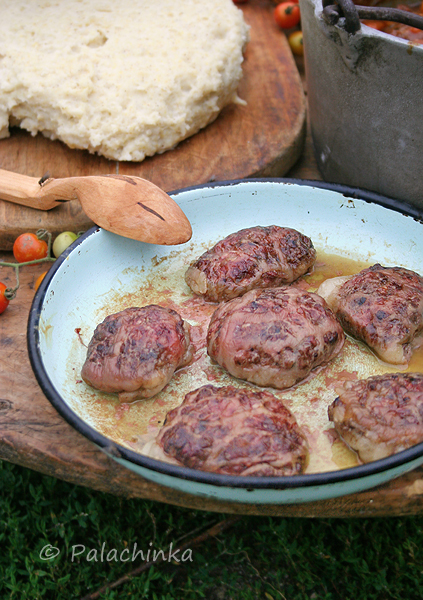 Liver in caul fat is another old Serbian recipe. It is made by mincing pork liver and other offal, all wrapped in pleura of the pig (the fatty membrane surrounding pig lungs). Might sound disgusting but it’s delicious actually and caul fat is often used to wrap meat for the grilling. 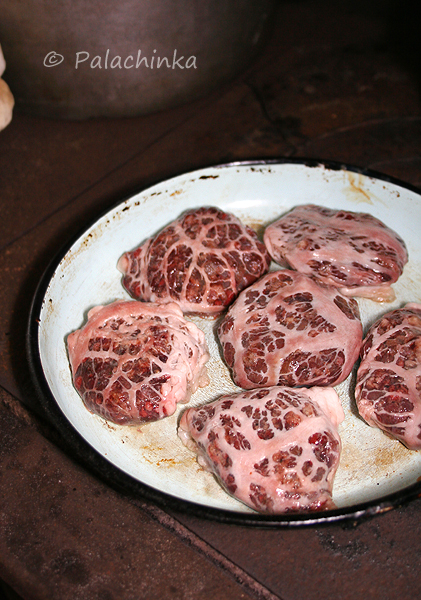 There is a complete recipe on Gaga’s blog. 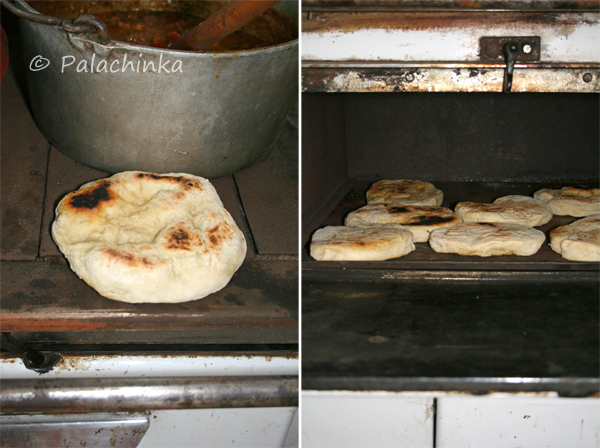 First, it is baked on top of the stove. When almost done, it is transfered into the oven. 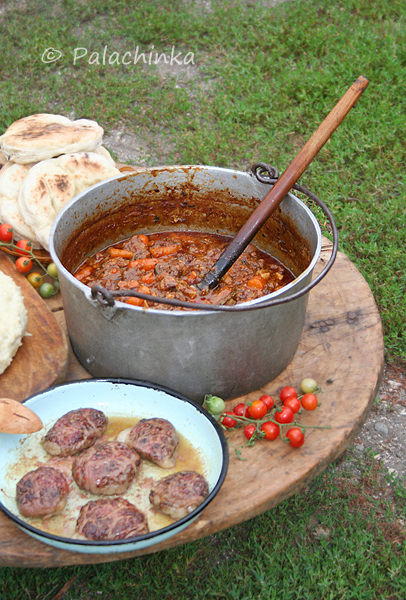 And Gaga and me cooked my goulash with venison 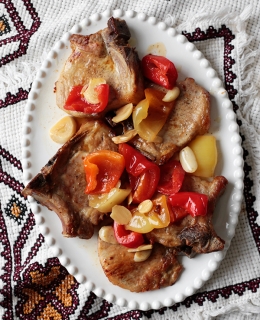