Josip Broz Tito was the president of SFRJ from 1943-1980. The guerrilla leader of the Yugoslavian partisan units during the Second World War was a communist with style, a gentleman. During his presidency, he traveled all over the world. While he traveled he never ate the food that his host would prepare. Instead, he would bring his personal chef, a chemist (to test the food for poison) and would bring the ingredients form Yugoslavia. Some time ago, Tito’s cookbook written by Anja Drulović was published and it included authentic recipes from those journeys, as well as from official visits from the foreign diplomats and people from jet set. Meals include dinners with: John F. Kennedy, Fidel Kastro, Queen of England, Saddam Hussein, Elizabeth Tailor… and many more. Sofia Loren even cooked for him on his yacht. Left: with Sofia Loren, who cooked for him on his yacht; right: with John F. Kennedy

Left: with Saddam Husein; right: with Queen of England

Among recipes of the famous chefs of that time, cookbook gives and a few of Tito’s personal recipes. Based on the meals, I’d say he was a foodie with an exquisite taste. With wife Jovanka, having shashlik.

Choosing a recipe to share with you was a very difficult choice. I wanted to make something unusual and yet simple. Sorry, but this dinner will not have a dessert as Tito wasn’t very fond of them. Tito and Josip Visarjonovich Stalin knew each other even before the Second World War. It is said that Stalin drunk Tito so much with vodka and wine that Tito got sick. Cut chicken into 2 equal pieces over the longer side. Remove the bones. Season with salt and pepper. Sprinkle with cognac on the insides and add rosemary. Place the meat between two wooden boards and press with something heavy. Leave like that for 2-3 hours in a cold place. Grill. Serve warm with marinated mushrooms. Tito became close to Josephine Baker while she was assisting the French Resistance. Later, she visited him and his wife on Brionian Islands. I will be giving away one copy of Tito’s cookbook (in English, or Serbian). Send me your mails to palachinkablog [at] gmail [dot] com with your name and Tito’s cookbook as a subject by November 1st and then I’ll draw a random winner. Good luck!

Edit: The winner of the cookbook is Marta Bigus. 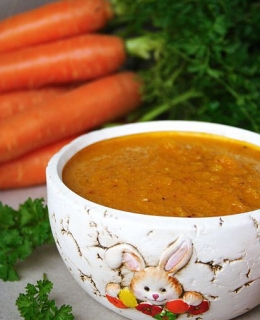