Last year, Mateja and me went on a trip through Asia. We saw a lot, experienced a lot, and of course, ate a lot

In the next couple of posts I will tell you all about it. Mostly about food, less about sights, as this is, after all, a food blog, and the food in Asia is so exciting. 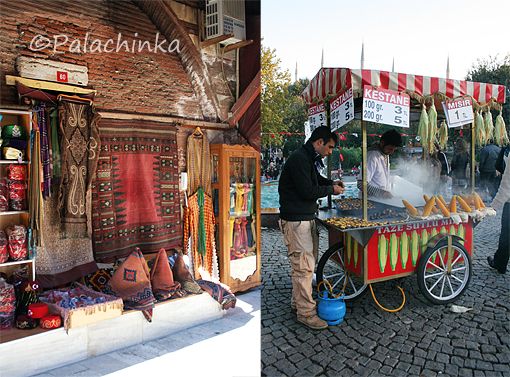 Our first stop – Istanbul. What a city! So many people, shops, food, sweets, carpets… All in all, colors everywhere. Sellers literary drag us into the shops, serve tea and by all means try to sell us carpets for special discounted prices. They explain how their carpet is an essential and necessary item on our journey

It is a carpet, but it can also be a blanket, or a pillow, and it can be bundled so small that it will fit into a backpack. 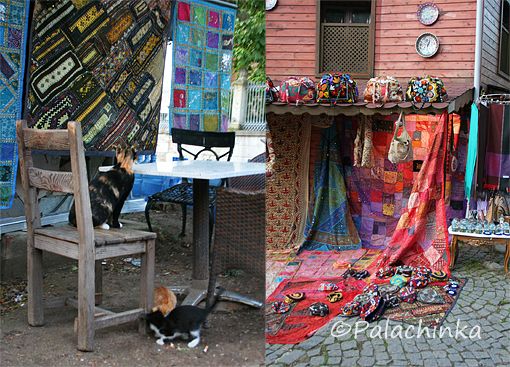 Cats everywhere. Walking completely relaxed, like dogs in our country. A very few dogs though.

Back to the food. Turkish cuisine is very similar to all other Balkan cuisines and generally, you can make no mistake, whatever you have. Everything is very delicious.

Today I will tell you about street food of Istanbul. 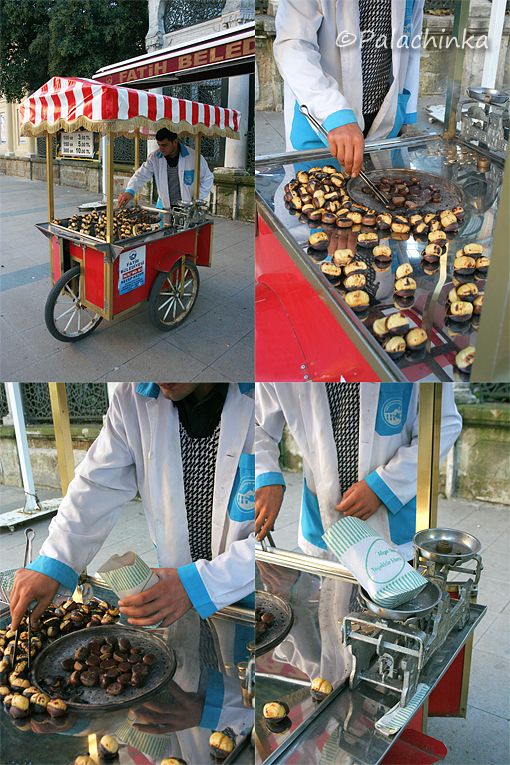 First thing we tried were roasted chestnuts. Twice the size of the chestnuts I am used on the streets of Belgrade. Neatly placed on a vendor cart, perfectly opened so you don’t bother much peeling them, but way undercooked. What a disappointement! 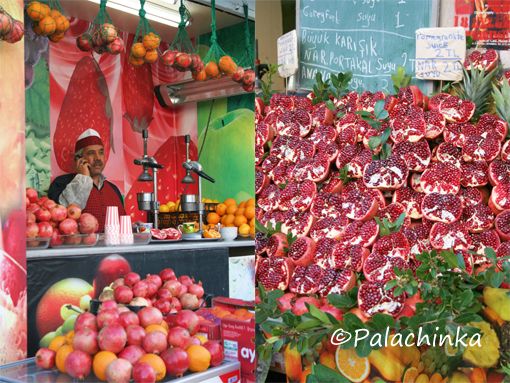 Gigantic pomergrantes! Everywhere a small store or a street vendor that will prepare fresh juice.

A glass of juice is 3 Turkish liras (about 1,5 euros or 2$). A guy with the surgical gloves squeezes it out on a special press and even strains it. Very nice. 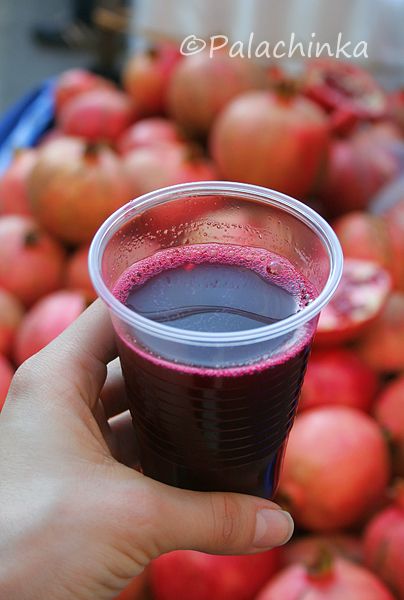 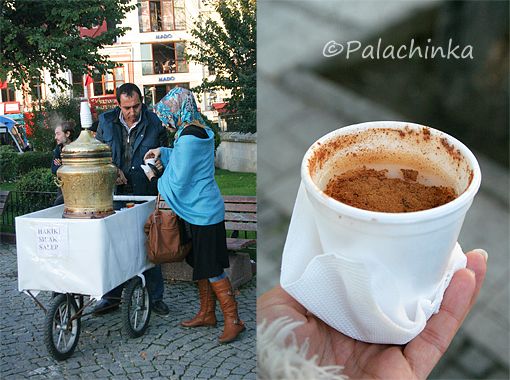 A guy that worked at the hostel we stayed at told us there is a drink we must try. He couldn’t remember the English word for it and said it’s served with lots of cinnamon and that it’s made out of a kind of flower. And indeed, it was an orchid drink. Salep is made from orchid tuber flour and water (or milk), sweetened, then flavored with rose water. Served very very hot and to me tasting like a rice pudding. The sign at the cart says “genuine hot orchid”. Apparently, the drink was so popular throughout the country that it endangered certain species of orchids. Export is prohibited and many artificially flavored powders appeared. 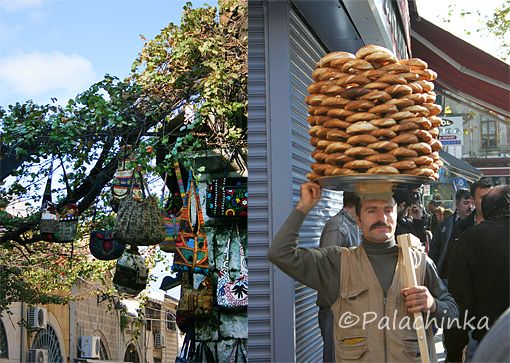 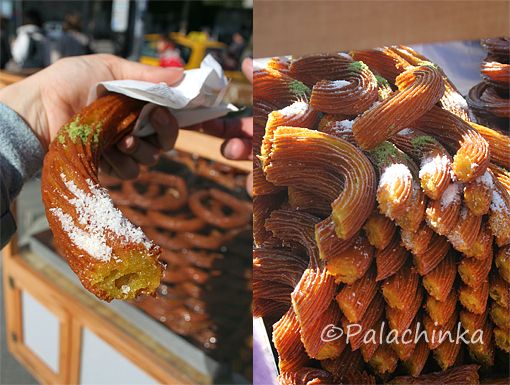 Don’t know the name of this one but it was amazing. King of a deep fried dough, something between tulumba and churo, soaked into sugary syrup and sprinkled with dessicated coconut and ground pistachios. 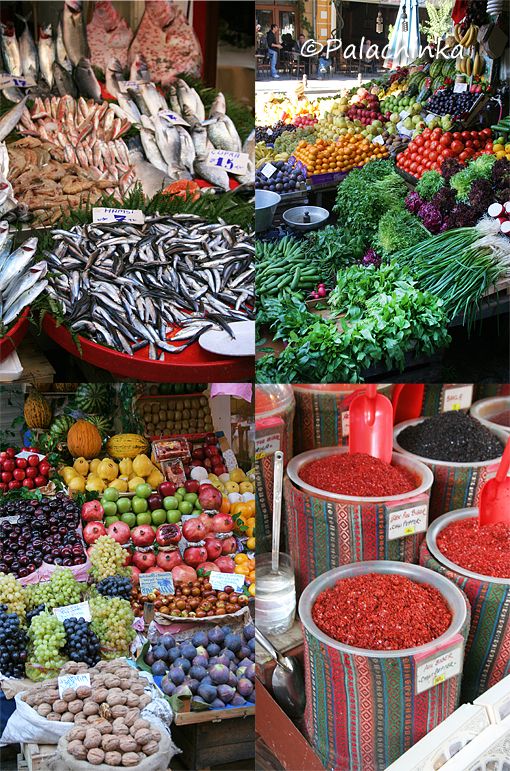 We’ve been to the markets also. Basically, everything you can find in Serbia, but most of the fruits way bigger. 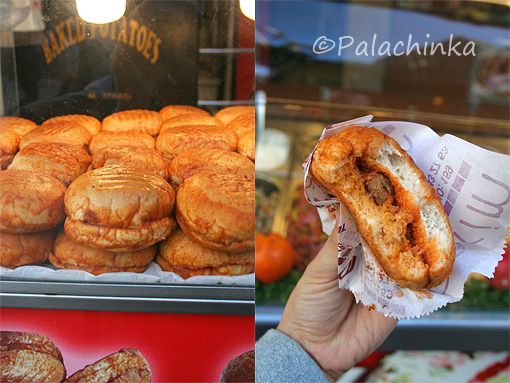 Inside Islak (Wet) Burger is a meatball in tomato sauce. Then the whole bun is soaked in that sauce too. Sooo good! But too small to be called a burger. I could eat 3 or 4 without blinking. 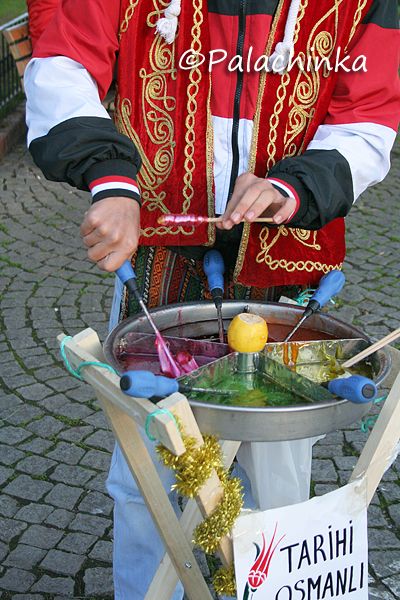 This is Macun – an old Ottoman candy. I’m not a great fan of sweets and this one seemed like a melted lollipop. No way I’m gonna lick melted sugar from a screwdriver! At least that’s how I felt at the moment. But just a couple of days later I was eating way more gross stuff and loved it. Feel kind of sorry now that I haven’t tasted this one. 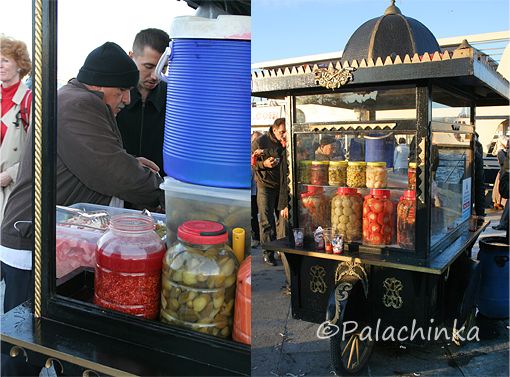 Another one we didn’t have

Imagine a liquid from pickled vegetables, poured in a cup then stuffed with all kinds of pickled vegetables! We make sauerkraut in Serbia. At home. It’s pickled cabbage, for those who don’t know. Don’t get me wrong, I love sauerkraut! I adore it! But some people like to drink the liquid that cabbage ferments in. And that’s bittery and sour and to me not tasty at all! 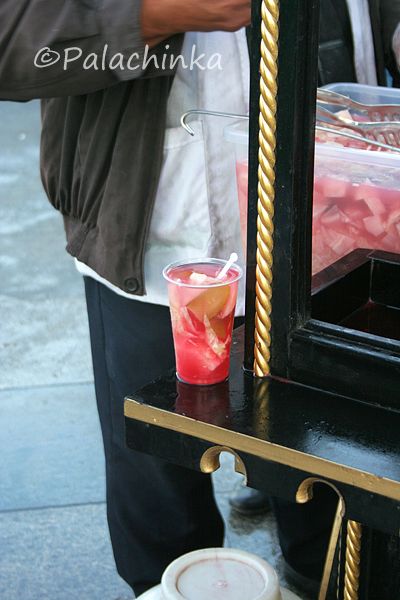 You would be surprised how many people buy this! Like you would buy and ice cream. Looks beautiful though 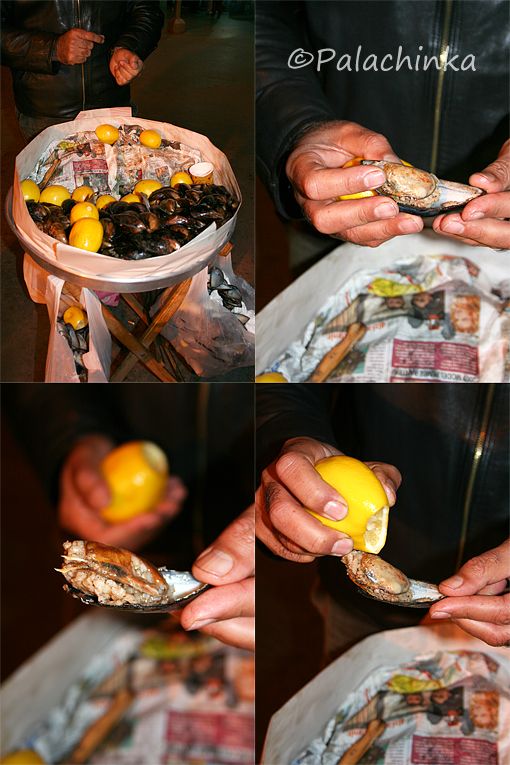 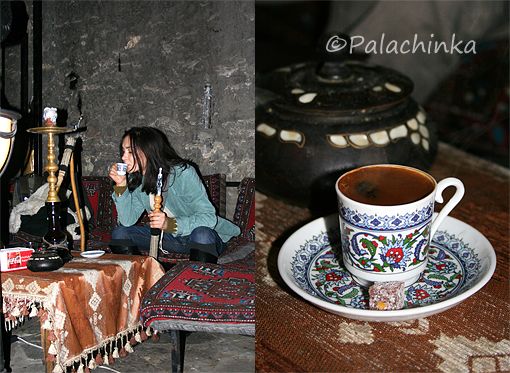 Finally, no visit to Turkey is complete without Turkish coffee and nargile

We sit in a coffee shop for a coffee, tea and nargile. The owner approaches to take the order and tells us whispering that he’s got beer also, it just isn’t on the menu. Are the taxes too high or it’s something else, I don’t know, but it is not common to find beer in a coffee shop and it’s much more expensive than in Serbia. Even in the stores.

Coffee is exactly as we drink it in Serbia – strong and black. It will always come with a piece of Turkish delight that tastes as it’s been made five minutes ago and melts in your mouth. 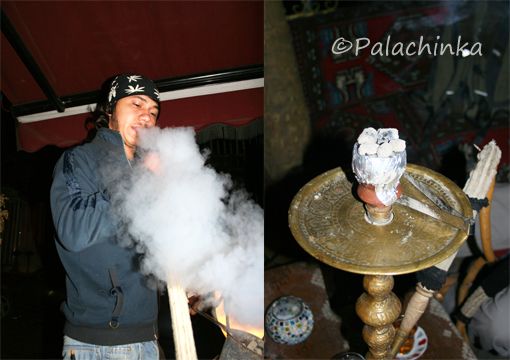 The waiter brings us nargile, lights it up and leaves. With coffee, a real treat! 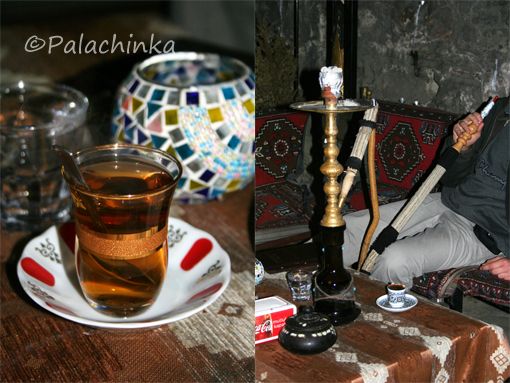 Turkish people drink black tea more than coffee. And it’s always served in a specific glass. Turkish çay is traditionally prepared with two kettles stacked one over another. In lower, bigger one, is first boiled some water. Than the top one, smaller, is filled with tea leaves and filled with the previously boiled water. This produces very strong tea that is later diluted with the remaining water to taste.